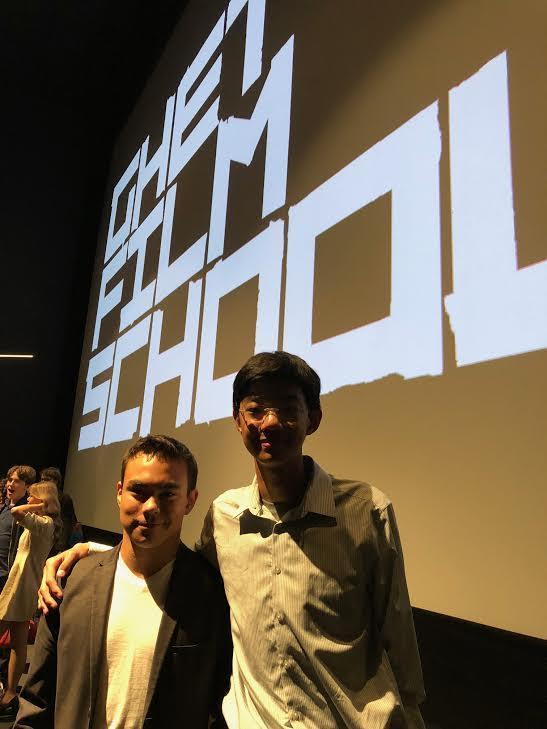 Students premiere their short films at the Los Angeles Landmark Theatre after attending Ghetto Film School.
Golden Valley High School video students Kylin Finley and Andrew Oh had the premiere of their short films recently in Los Angeles, CA. Kylin and Andrew were selected to be a part of the Ghetto Film School, a very selective program funded by 21st Century Fox studios. 200 students were narrowed down to 30, and Kylin and Andrew were both selected. Out of the 30, only ten were chosen to have their original short films screened.
Kylin and Andrew will be a part of the program for 30 months and will conclude their studies with a film thesis project that will be filmed overseas. What is impressive is that these two young men juggle their high school studies during the week and do all of their film school work on weekends and summers. "I wanted to share the excellent work these two students are doing on behalf of Golden Valley Video Production," said instructor Charles Deuschle.
Print